The Interior Minister yesterday told local authorities to allow registered NGOs to conduct their field work without the need of a three-day prior notice as stipulated in a previous policy.

Interior Minister Sar Kheng said the move was meant to strengthen cooperation between NGOs and the government, noting that the policy only applies to NGOs who are registered with the ministry.

“Not only will this strengthen cooperation between the government and NGOs, but also local communities,” Mr Kheng said. “NGOs that are legally registered, along with local communities, have the full right to conduct their activities in the Kingdom of Cambodia in accordance with the law.”

“These organisations do not need to inform local authorities three days in advance prior to conducting their activities like before,” he added.​ Soeung Saroeun, executive director of the Cooperation Committee for Cambodia, yesterday said he welcomed the move, adding that his organisation had requested for the ministry to ease the authorisation process.

“This statement responds to our call. This can normalise the relationship between civil society organisations and the government,” he said. “Freedom of association, assembly and expression can be restored.” 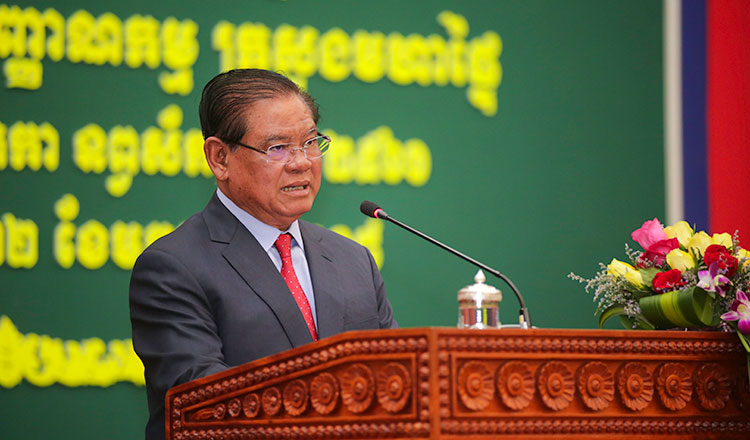 “However, this was only a statement, we will wait to see how it works in practice,” Mr Saroeun added. “One concern about this statement is that community-based organisations that have not registered with the ministry can be barred by local authorities.”

Soeng Sen Karuna, a senior investigator with rights group Adhoc, yesterday said his organisation still faces pressure from local authorities who block their work despite previous statements from the government for the practice to stop.

He noted that the ministry and media must publicise the information to ensure that local authorities are on the same page.

“It seems like when there is a positive statement, local media who favour the government seem quiet,” Mr Sen Karuna said. “They tend to broadcast negative information about NGOs.”

“It is not a big deal, local authorities understand this instruction because it’s been made public in the Khmer language,” Gen Sopheak said.

In March, authorities in Svay Rieng province’s Romeas Hek district prevented the Coalition of Cambodian Farmers Community from holding a public forum to discuss community development. At the time, local authorities said the group did not have adequate permission.

“Our organisation is registered with the ministry, we pay taxes and fulfil all legal requirements. But our activities were in the past blocked by local authorities even after we informed them,” Mr Savoeung said. “With this new statement, I believe that it will be easier for us to do our jobs.”